Three Things I Learned From a Year Without Alcohol 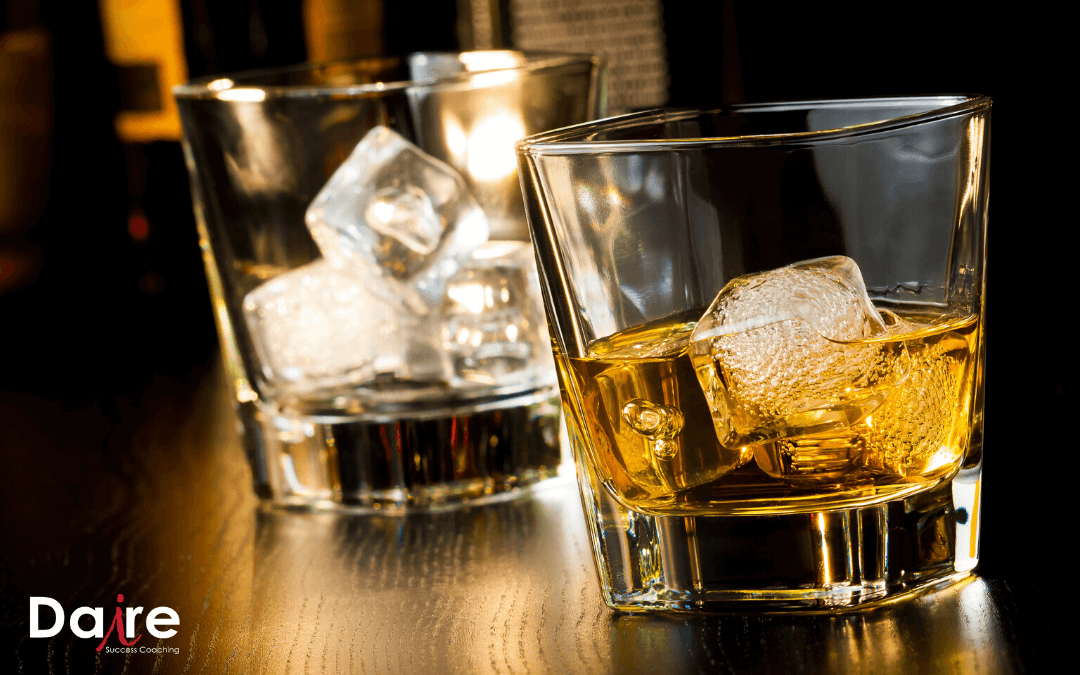 I was safe. I wasn’t out of control. But I didn’t wake up feeling good. Now, I wasn’t hungover. I just felt tired. And for some reason, I felt somewhat ashamed. Of what, I wasn’t really sure.

Let me back up a bit further. About a year earlier, I had prepped and competed in a bodybuilding competition. For the 5 months I prepped, I was on a very strict meal plan… no dairy, no sugar, no alcohol. As it turned out, milk was the only place I was getting Vitamin D. Living in Minnesota, it’s not uncommon to become Vitamin D deficient, but it hadn’t really crossed my mind. I never took a multivitamin or other supplement during my prep either.

About 3 months after the competition, I was gaining weight back slowly, but still kept many of the meal/food habits of prep, and I began to fall into a deep depression. I’d had moments of sadness in the past, of course, but this was different. I found myself sleeping waaaaay more than I had before, no energy, feelings of hopelessness, despair, and simply not functioning well.

As you can imagine, this is not conducive to running a business…or being a business coach of all things. So I made myself a rule. If I felt sad, depressed, like I wanted to escape, or like I “needed” a drink, that’s when I couldn’t have one. I’ve had experience with alcoholism in my immediate circle and I wasn’t too arrogant to think I couldn’t fall down that hole.

With this rule in place, I rarely had a drink for the following six months. Then, in late February, my joints began to hurt… a LOT. I could hardly bend my knees and elbows. I was forced to stop working out. My trainer contacted me to find out why she hadn’t seen me in the gym. I explained and she insisted I go to the doctor. (Nope, I hadn’t considered doing that!)

Turned out, I was severely Vitamin D deficient. Who knew? After just a few days of replenishing my Vitamin D stores, I felt like a NEW woman, like there was oxygen in my lungs for the first time in 6 months. I felt HAPPY. I felt energized. It was a crazy difference.

Now back to where we started… April 19th, 2019, about 2 months after “feeling human” again. I was having celebratory cocktails every now and again. It felt great!

But that morning, I asked myself an interesting question… “If I won’t numb out bad feelings, why would I numb out good feelings?” I went on to ask, “What would happen if I felt 100% of my feelings, both the pleasant ones and the not-so-pleasant ones?” Since I am the first to be my own guinea pig, I decided I’d find out.

#1: I learned to be confident in me. It was astonishing to me how many times in that year I’d be at an after-work networking event, out at a bar, or at any event that alcohol was being served and people would misunderstand my outgoing, bold, happy nature as “tipsy”. I realized that this has been occurring all my adult life and if I had any alcohol in my system, I’d instantly feel like I was “too much” or embarrassed that I must have drank too much (even if I felt sober) and retreat.

But I’m actually just this way. With alcohol out of the picture, with a smile, and a lift of my ice water, I was no longer the embarrassed one. I stopped apologizing for the bigness of my personality. No retreating. No apologies.

Along the same lines, when I’m in tune with my feelings and aligned with my actions, magnetic confidence is the result.

#2: When you sit with and FEEL all your feelings, you process through them much more efficiently and effectively. I have had a bigger leap in personal and professional growth in the last year than I have ever had before. Want to speed your process and growth, too? Keep your head clear. Don’t numb or run away from your feelings.

#3: I was sharper than ever. I was more productive than ever. I was up easily when my alarm went off and prepared for my day. My eyes were clear. My skin radiated. My family, colleagues, and clients noticed. The ripple effect is real.

Now you might be thinking, “Holy crap, Alissa, how much were you drinking before??” Before you get your judgy pants on, it wasn’t a lot. A half or one beer or drink after work one to three days a week. A few drinks, in a safe place, *maybe* once a quarter. It was insane to me that avoiding a beer, just a few drinks in a week or month could make such a positive and powerful change. But it was much more about the cascade of effects, not just the single act of cutting out alcohol.

I have had some drinks since the finish to that year, but I may just stop altogether, because I just love my life, my business, and my relationships without it.

Have you ever gone a period of time without alcohol? Think you might want to try? Cheers to your own experiment!