The Teenage Years Don’t Have to be Awful 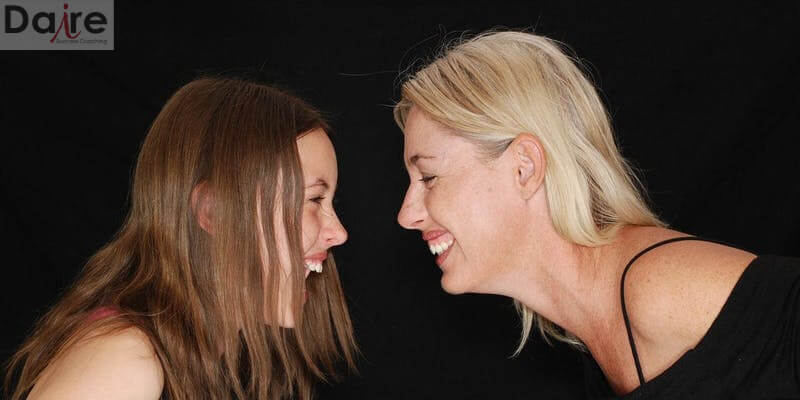 I remember hearing it from the time my girls were toddlers. Every time I would say how much I loved being a mom of girls, I’d hear, “Oh, just wait until they hit the teenager years. Girls might be easier when they are little, but it all changes when they hit puberty.” Or some variation of that. It was said with contempt, almost mocking my optimism.

It simultaneously broke my heart, made me afraid, AND made me angry. Who were they to tell me how my daughters would turn out? Were they right? Was I being blissfully ignorant, or even stupid to think that my experience would be different than generations before me?

And I thought about the teen I was… I was definitely an “awful teen” myself. You name it; I was disrespectful, resentful, and fiercely independent, questioning the rules (all of them), and challenging the rules (all of them). Appreciating my parents didn’t happen until well into my twenties. And then I spent most of my twenties cowering in shame about how “awful” I was and apologizing to my parents.

So, there I sat, wondering if the “destiny” for the teenage years was for kids to hate their parents and for parents to wish it was over.

This is where that rebellious, rule-challenging, status-quo-questioner came to the rescue. NO. No, it does NOT have to be that way. I didn’t know how yet, but I knew things could be different. Not because I was “so brilliant”, but because I knew that we don’t have to be condemned to a future that someone else dictates.

I knew that if my relationship with them were to be different, the responsibility for creating the foundation that a great relationship could thrive on was firmly on my shoulders. It also meant I knew that, as much as it would be convenient to have them speak and behave in the way I thought was best, it would be counter-productive to the adults I wanted them to become.

I didn’t want yes-girls that conformed and did everything others wanted them to do. I wanted strong, independent-thinking, bold, boundaried young women who had a strong voice.

More than anything, I wanted to create a relationship that felt safe enough for them to open up and to talk to me. Even when they thought I might be disappointed or there might be a consequence. I wanted a connected, close, open, trusting relationship.

Defying the Status Quo of the “Teenage Years”

It doesn’t have to be that way.

Seeing and hearing this hopelessness in moms and kids alike has broken my heart. And I’ve wanted to contribute to the solution. But how do you open your mouth in the parenting realm without coming across as telling parents what to do or how to raise their kids? This question has held me back for several years.

Putting My Prepping Into Action

One of the tools I’ve been able to put in my toolbelt along the way is an approach to conversations and relationships. It’s called Appreciative Inquiry. Originated by David Cooperrider in the late 90s, Appreciative Inquiry moves us past problem-solving, into possibility, and cherishes the collective wisdom… of all (yes, including our pre-teens). And it’s the answer to bringing out the BEST in you and your daughter to connect in a whole new way. No one telling what to do or how you’re failing.

“We live in worlds our questions create.” ~David Cooperrider

In my excitement leading up to this event, I’ve been talking to moms of all ages. Each and every mom of an adult daughter has said, “Oh my gosh… If only I had something like this when my daughter was that age!”

If you’d like to begin the journey of an open, honest, trusting relationship with your daughter, join me this weekend for the very first Mother-Daughter Connection Conversations Workshop.  You and your daughter will be guided in pulling up the best of your existing relationship, and building on that to create a connection you’ll cherish for years to come.